Strange as it may seem the use of a wedding ring by men was not common until recently. Whereas women have worn wedding rings for eons, men have not. The use of rings as a symbol of everlasting love enshrined in marriage can be traced back thousands of years. But not so much for men. 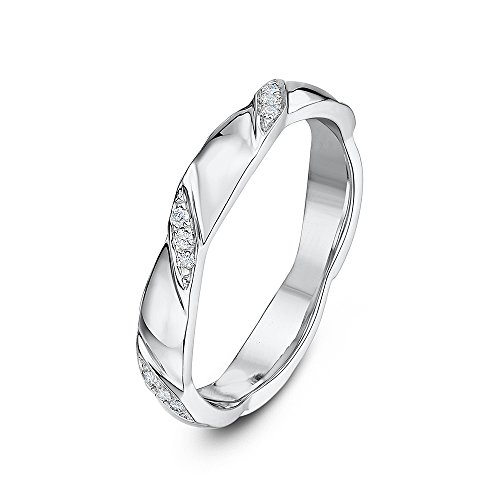 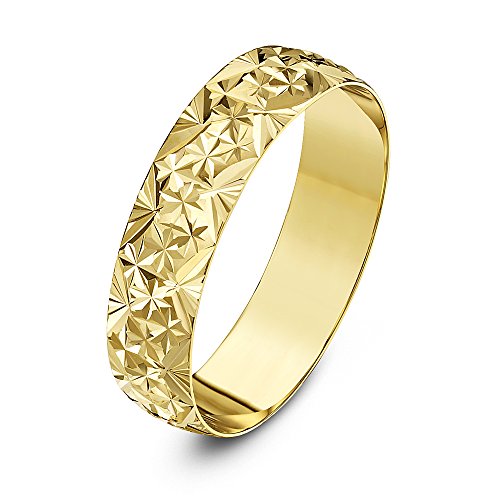 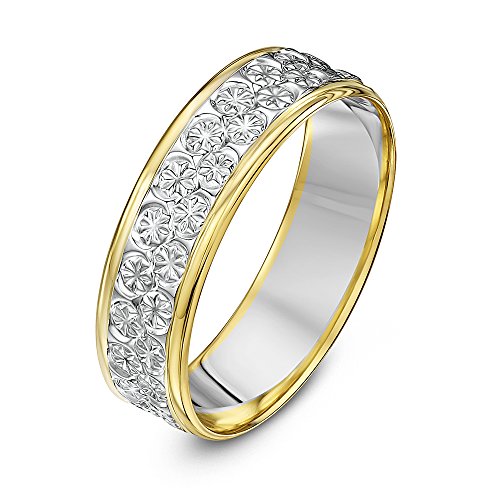 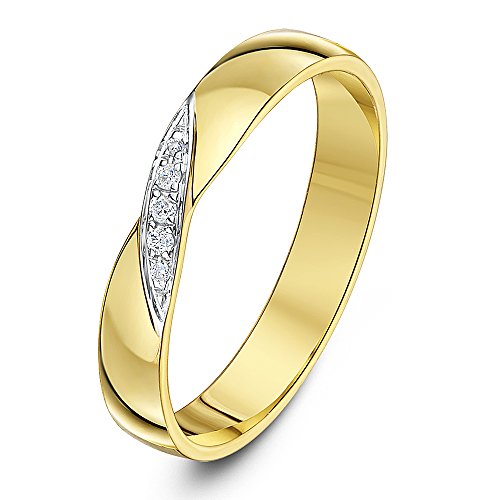 It became the custom for soldiers going to war to publicise their marital status by the wearing of a manís wedding ring. They were happy to make public their commitment to their wife by the wearing of a public symbol that declared that commitment to all. Given that this habit of wearing men’s wedding bands was reasonably new it was all the more creditable that these men were willing to forego the marital obscurity available to them from not wearing a ring and actively chose to make a public statement about their choice.

Menís wedding rings have become increasingly more common since that time. Today it is probably as common for a newly married man to wear a ring as not. This may be due to several factors. The modern man may consider it his duty to choose to make the same public marital statement as his wife will. And his wife may well consider it a condition of the marriage that he do so. After all, in these days of equality, if she is prepared to make a statement then should he not do so as well?

There are a number of issues to consider. Firstly, is he concerned about a public display of his marital status? Some men, whether rightly or wrongly, are threatened by this. Others are not in the least concerned.

Secondly whilst the wearing of jewellery by women is so common as to go unremarked that is not necessarily the case for men. For many men the wearing of men’s wedding bands is just a case of being asked to wear jewellery. Men often do not feel comfortable wearing jewellery and in many cases have never done so before. Whilst some men see their wedding band as different to wearing ordinary jewellery, others feel just the same as if they were being asked to wear earrings. ìItís just not done by menî. The author, for example, wears a man wedding band, but would never consider wearing any other form of jewellery.

And as many men have never worn any form of jewellery before they have no idea what it will feel like to have something permanently on the finger. Is it heavy? Does it rub? Silly as it may seem to women this can be of concern to some men.

(If this genuinely is of concern it is quite possible to find a cheap jewellery shop, buy the cheapest ring available and wear it for a while. See exactly what it feels like. And find out your size at the same time.)

Menís wedding rings are, in the eyes of some men, effeminate. ìReal menî donít wear rings or jewellery at all. This is becoming less of an issue as the wearing of a manís wedding ring becomes more common, but is still an issue with many men.

Culture is also a consideration. In many cultures, the wearing of wedding rings by men would never be considered. Men must think about how their particular culture, and also their religion, would view the wearing of a wedding band.

There are also practical considerations. Many men are engaged in trades where the wearing of a man wedding band would be downright dangerous. Although unlikely it is quite possible for a ring to get caught in machinery. In some jobs, a ring cannot be worn on the job and must be removed. This can also apply to women.

Ultimately though, the wearing of a menís ring is just one of the many choices the man will have to make once he makes the commitment to marry. And it is often a choice made by the couple together, maybe one of the first they make in conjunction about their wedding.

Which finger is the ring worn on, and why?

Generally a manís wedding band is worn on the ring finger, the same as for women. The ring finger, for those unmarried men not familiar with the concept, is the fourth finger of the left hand. This is considered to be the finger closest to the heart.

This notion came originally from the ancient Greeks who believed that this finger had an artery which flowed straight to the heart. Whilst anatomically incorrect this makes for good fable.

So you have both decided that he will wear a men’s wedding ring!

Once the man or couple have made the decision to purchase a menís wedding ring for him there are still choices to make. Do they want to wear a matching set? Or does he prefer that his ring looks quite different from his wife’s? It is perfectly possible for a couple to buy a ring set where the style of the rings match perfectly, or even with matching engraved messages of love.

Generally though, even where the couple is to wear a matching ring set, the two rings are different. It is more common for the manís wedding ring to be wider than the womanís. This is because menís hands and womenís hands are different. A woman usually has narrower finer fingers, and so a narrower band suits her hand. A man, on the other hand, has wider chunkier fingers and so a wider man wedding band is more suited.

This often results in the mans ring costing more than the womanís ring even with matching styles, as the man’s ring uses more, often expensive, material.

There are many innovative styles available now. Many men prefer a simple unadorned band, however others enjoy highly decorated styles which make a loud statement. The wearing of, for example, very wide and highly adorned Celtic rings is becoming much more common.

There are many different ring materials which also reflect the personality of the individual. Titanium or Platinum are both becoming much more popular. Whilst diamonds are not, of course, as popular with men as with women, they do make a clear statement which pleases some men who choose them. Diamond menís rings clearly say ìI can afford itî or at least the big ones do. But it can be a brave man who chooses to wear a large diamond band.

Ultimately there are no rules about choosing a man wedding band. It is up to either the man or the couple together to make a decision. Will he or wonít he. There are a variety of considerations. First, will he wear one? Once that decision is made in the affirmative then there is a whole world of choice about styles, widths, materials and the type of statement the ring makes, both for the man and the woman.

How to Measure Your Bra Size UK